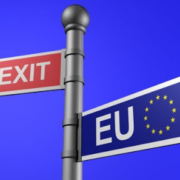 Will British tanks be mothballed? Will the artillery be shelved? Will infantry battalions be dissolved? Will there ever be enough fighter jets to protect the aircraft carrier? Answers to these questions are coming tomorrow via the UK government’s ‘integrated review’ of foreign, defence, security and development policy.

Billed by the prime minister, Boris Johnson, at its launch in February 2020 as ‘the most radical reassessment of the UK’s place in the world since the end of the Cold War’, it’s been an exercise in which hubris meets reality.

Under the original vision, driven by the now-sacked Downing Street adviser Dominic Cummings, the UK would use the opportunity of Brexit to become a world power, fostering a ‘trillion dollar’ technology industry, moving into space warfare. It would meanwhile shut down conventional defence-procurement programmes, which Cummings alleged ‘squander billions of pounds, enriching some of the worst corporate looters’.

Driven by the same sentiment, earlier in February last year Johnson also promised—in the symbolic setting of Britain’s 18th-century naval college—not to let over-reaction to Covid-19 get in the way of a new, mercantilist, globally-focused UK.

After the pandemic hit in March, however, the integrated-review process was shut down. One person close to it said that ‘they thought they could redesign the armed forces from scratch, without input from industry and the civil service, and they realised they could not’.

When it was revived in the autumn, the process was under the control of civil servants and defence chiefs. But its geopolitical rationale remained. Johnson’s PR slogan has become ‘global Britain’—a phrase coined by Leave campaigners in the 2016 Brexit referendum to imply their turn away from Europe was not little-Englandism, while evoking empire nostalgia—and the drafters began the task of reconfiguring UK defence towards that end.

The result is likely to be a renewed emphasis on sea power, a statement of determination to participate—via a new aircraft-carrier strike group—in US-led operations to maintain freedom of navigation in the South China Sea and the Arctic, and a cut in army numbers. It will be sold as a ‘tilt to the Indo-Pacific’ and away from Britain’s partnerships with Europe.

The UK’s armed forces are already 9,000 under strength, after decades of cuts. It is reported that the numbers will be cut further, with four units disparagingly referred to as ‘fish-and-chip regiments’—without military specialism—being merged with others.

In addition, despite the injection of £16.5 billion into its capital budget in November 2020, mainly to buy frigates already promised, the Ministry of Defence has a long-term shortfall of up to £17 billion on its equipment budget, according to the National Audit Office.

This emerging picture, of a medium-sized power still nurturing global ambitions—without any realistic budget to achieve them—more or less sums up the Johnson government, and indeed the UK’s post-Brexit dilemma.

In successive security and defence reviews, the UK’s planners completely failed to anticipate the emerging threats: first of Al-Qaeda and Daesh, then of Russian military aggression and ‘hybrid’ warfare and of China’s turn from benign trading partner to alleged genocidal cyber-aggressor. As for the risk of a pandemic, while it was identified as a ‘tier one’ threat in 2015, actual preparations were sidelined.

The threats were, in fact, tailored to fit the conceit of ‘global reach’ (the defence catchprase which preceded ‘global Britain’). Under David Cameron’s premiership, without any substantial political debate, the UK decided it would once again operate routinely ‘east of Suez’—opening a naval base in Bahrain and designing its force structure around ‘strike brigades’ with an emphasis on wheeled rather than tracked fighting vehicles, for greater deployability abroad.

The UK’s determination to ‘do a bit of everything’, and retain the capacity to ‘go anywhere’, arguably undermined its ability to field a credible warfighting division focused on the European theatre, which has been the stated aim of its military planners since 2015.

Had the integrated review been conducted in the open, with participation from lawmakers and the public, it might have been an opportunity for an honest confrontation with such strategic reality.

The UK is a middling military power at the edge of Europe. Alongside France, it is the only European state with a nuclear weapon and the capability and historic will to mount serious combined operations in wartime. In the task of conventional deterrence against Russian aggression in the Baltic, the UK put itself on the front line. As Arctic trade corridors open up, the integrated review will no doubt recognise the need for British operations there.

In short, the UK’s underfunded and overstretched armed forces should—if driven by logic rather than hubris—be redesigned to go on fulfilling a leadership role in the North Atlantic Treaty Organization and Europe. Geopolitically, the public should be told that—whatever the US president, Joe Biden, is doing in the Pacific and whatever is going on at the Indo-Chinese border in the Himalayas—Britain’s defence focus should be European.

Yet it is unlikely this will happen. At a cost of £600 million per trip, Johnson seems determined to send the new aircraft carrier, Queen Elizabeth II, on a flag-flying mission off the coast of China, replete with F-35 jets borrowed from the US Marine Corps—protected by frigates whose anti-ship missiles are an ‘interim’ solution, because defence cuts led to the original missiles becoming obsolete without a planned replacement.

In the run-up to the report of the integrated review, the Labour opposition has been unusually forthright in insisting on a European-focused defence posture. The shadow defence secretary, John Healey, told the Royal United Services Institute last month that, although the US-China competition was significant for UK national security, ‘it is principally a big powers contest’. And he went on: ‘As the USA pivots to meet the long-term challenge of China, Britain’s military leadership in Europe will become more essential.’

I would put it more bluntly. The strategic threat to UK security is that the rules-based global order disintegrates. Biden’s predecessor, Donald Trump, threatened to walk away from NATO and refused even to countenance the words ‘rules-based global order’ in a G20 communique. The Russian president, Vladimir Putin, launched a nerve-agent attack on British soil in 2018, while his Chinese counterpart, Xi Jinping, is unilaterally abrogating the civil rights of the residents of Hong Kong agreed in the treaty with the UK leading to the 1997 handover of its former colony.

Should it occur, there is no military solution to the breakdown of the rules-based world system—though it would require the reconfiguration of all western democracies around heightened security priorities. And the UK, as a maritime power and with a highly globalised supply chain, has a primary interest in maintaining that order.

Yet the foundation myth of the Johnson administration is the rules-wrecking act of Brexit. When it walked away from the European Union—above all from co-operation on security and defence—the UK made a significant dent in the rules-based order. It lost access to the Galileo satellite-communications programme. And while the integrated review may commit it to buying hundreds of European designed and manufactured Boxer armoured vehicles, the UK has no industrial stake in the project because, long ago, it walked away.

Though the disruptions of Brexit are being felt in the fishing industry and at the new trade border in the Irish Sea, it will take years for the true geopolitical impact to work out—in the UK’s absence from major European defence projects, abstention from the standoff over territorial rights around Greece and Cyprus and general alienation from the emerging European collective-security project.

Johnson’s repeated willingness to stage rule-breaking events, such as during the Brexit negotiations in late 2020 and now over the UK’s internal trade border, signal a total failure to understand the real danger to the strategic interest of the UK, which is being left to fend for itself in a rules-free world.

With the Hibernophile Biden in the White House and, in Antony Blinken, a Francophile secretary of state, the integrated review outcome will find the UK seriously wrongfooted. It is left justifying arms sales to Saudi Arabia after Biden has pulled the plug, still sycophantic towards the Saudi monarchy when the US is seriously reconfiguring its relationship.

The UK needs an armed force capable of doing one job—deterring Russian conventional aggression in the Baltic Sea, the Baltic states and the north Atlantic region while retaining the capacity to deal with pandemics and climate events at home and humanitarian crises abroad. That force needs to inter-operate with European armies, and the EU’s command centre, just as readily as it does with NATO and the US military.

That’s a geopolitical fact, not politics. Unfortunately, politics is about to get in the way of accepting it. 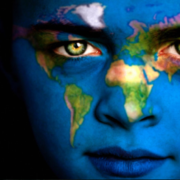 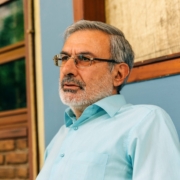 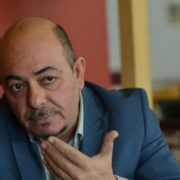 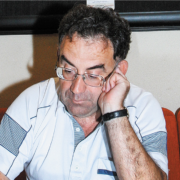 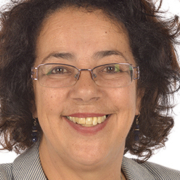 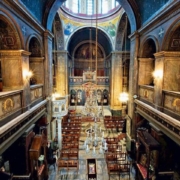 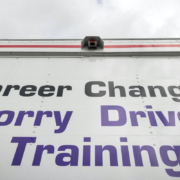 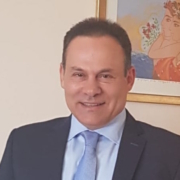 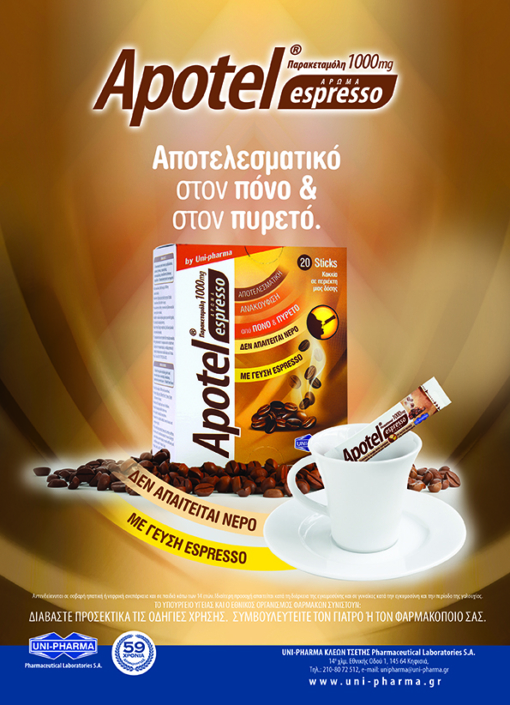 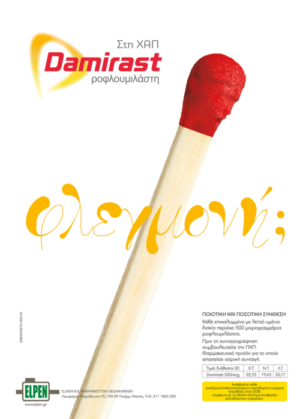 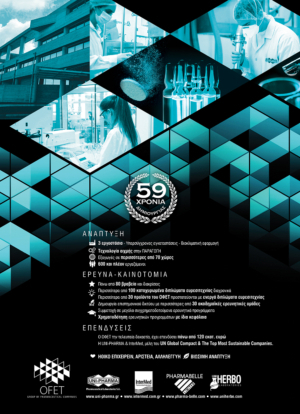 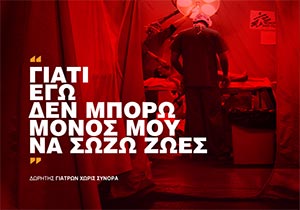 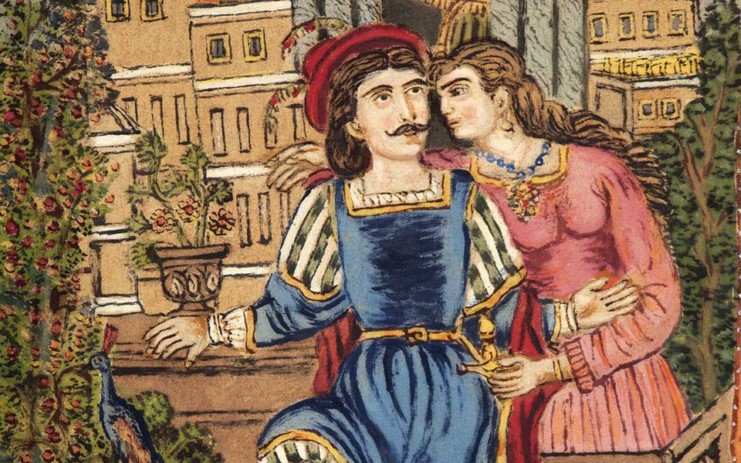 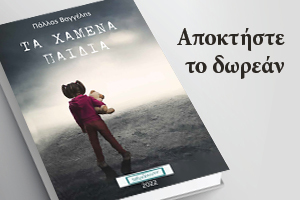 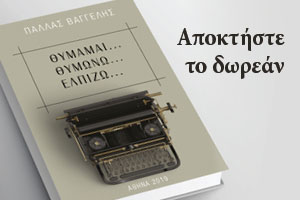